Two keynote lectures will set the stage for contributed talks and posters by giving broad overviews of past, current and emerging microbial mats and microbialites research.

We are pleased to welcome our two eminents keynote speakers Drs. Benzerara and Des Marais: 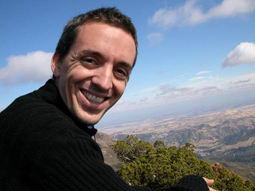 Microbialites, as defined by Burne and Moore (1987) are organosedimentary deposits that accrete as a result of a benthic microbial community trapping and binding detrital sediment and/or forming the locus of mineral precipitation. In this talk, I will focus on the latter processes, i.e. the in situ formation of minerals by microorganisms which I enclose within the term “biomineralization” whatever the involved mechanisms are. I will start by reviewing what we can learn from model experimental systems about nucleation processes and the physico-chemical conditions that influence them (e.g., De Yoreo and Vekilov, 2003; Giuffre et al, 2013). This provides a framework to analyze what may play within microbialite biofilms but also interrogates about what we presently do not know. The (local) increase by microbial activity of the supersaturation of solutions with solid phases has been one process particularly well advocated, with reason, as major for the formation of microbialites. In this context, I will briefly remind the ongoing debate about which primary metabolism may impact the most the “alkalinity” engine, i.e. the increase of alkalinity (e.g., Dupraz et al., 2009; Aloisi 2008). However, I will also argue why an approach purely based on assessing the relative importance of primary metabolisms may fail in predicting the calcification capability of a biofilm. Another issue relates to where minerals precipitate respective to cells. This has major implications for the potential preservation of traces of life in microbialites (e.g., Li et al., 2014). I will remind that while some authors think that this may be controlled by environmental conditions (e.g., Arp et al, 2001), several studies (e.g., Gerard et al., 2013; Couradeau et al., 2013) advocate for an intrinsically biological diversity in the capability to localize biomineralization. Last, while most of the studies about biomineralization in microbialites have dealt with carbonate mineral phases, other phases such as hydrated Mg-silicates have been increasingly shown to precipitate in situ, sometimes in association with the biofilms (e.g., Zeyen et al., 2015; Pace et al., 2016). Here I will discuss this emerging literature and discuss the potential biological processes at stake. 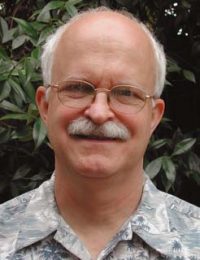 September 27, 2019 (Only onsite registration will be available after this date)

2 days in the Limagne Basin: Information and registration 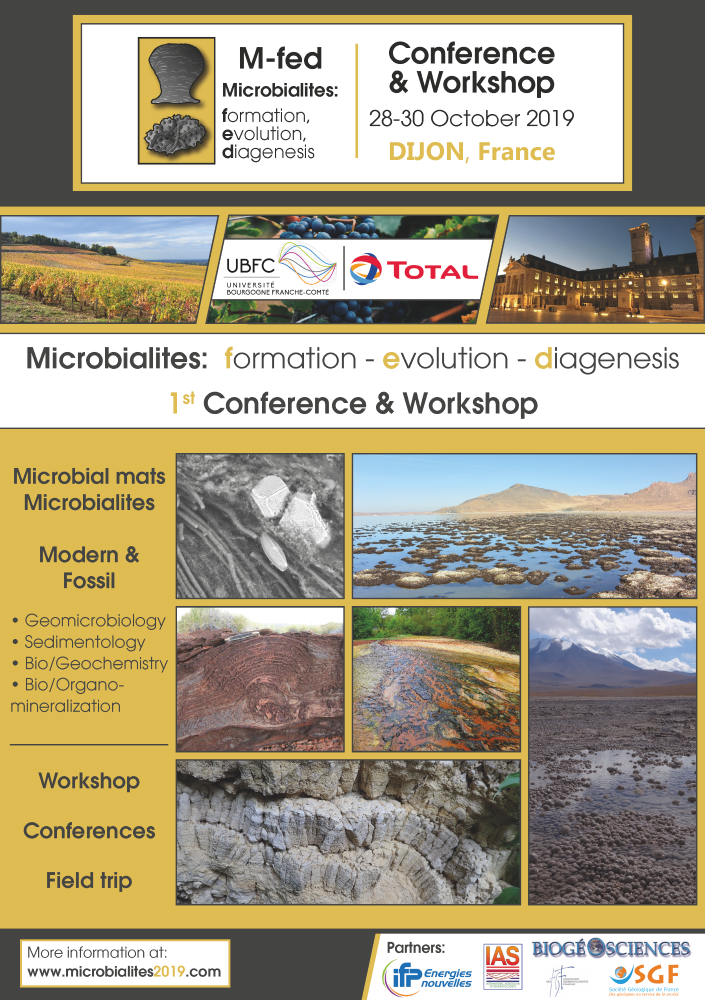